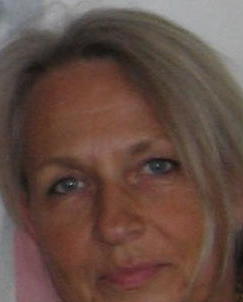 May 29, 2020
HCSHR 3:9 — Danish Haiku Today 2019: A Supplement to the 2011 anniversary anthology of Danish haiku poets, Blade i Vinden (Leaves in the Wind). ed, Thorvald Berthelsen. The Haiku Group of the Danish Authors’ Society, 2019. ISBN 978-87-93272-72-9. 47 pages, www.haikudanmark.dk.
reviewed by Dave ReadDanish Haiku Today 2019 is an anthology that showcases the work of The Haiku Group of the Danish Authors’ Society. Featuring 43 poets, most of whom have two haiku with English and Danish translations, the book is “a wide range of different responses to what Danish haiku is.” This review will examine the English versions of the poems, and touch on the various forms of haiku the Danish poets explore.Danish Haiku has a surprising number of poems written in the 5-7-5, or traditional, form. Some of these haiku are effective. Consider the following by Jo Hermann:

A single tourist
awakens the neighbourhood
rolling his suitcase

While never mentioned, the silence of the neighborhood, or more specifically, its loss, becomes the dominant theme of Hermann’s scene. The implicit sound of the suitcase’s wheels breaks an otherwise quiet morning, awakening the residents in the process.Likewise, Ann Bilde finds success with the traditional form:

Bilde’s haiku is strong in capturing an image of the interaction of a man in a natural scene.The anthology also has senryu. Consider the following by Hugo Alrøe and Mona Larsen respectively:

changing my mind
halfway into
a smile

Both poems are buoyed by gentle humour. The Alrøe senryu uses enjambment between lines 2 and 3 to successfully play on the reader’s expectation. One is led to think that the subject of the poem is trying to avoid another individual when, in fact, she is simply trying to avoid getting sick. The same technique is employed by Larsen but is further augmented by the senryu’s intentional ambiguity. The narrator could be changing her mind about smiling or changing her mind into a smile.

There are only two gendai haiku in Danish Haiku, and both are by the incomparable Johannes S.H. Bjerg:

a word that takes time defoliation

The one-line haiku (which is the only one-line poem in the anthology) plays with the concept of time. As the poem states, the word “defoliation” itself takes time to say. This idea is accentuated by the fact that it has as many syllables as the rest of the words of the haiku combined. Likewise, after the process of defoliation, it takes time for plants to rejuvenate themselves; to grow back their lost leaves. Bjerg’s second haiku addresses humanity’s flippant approach to the environment with surrealism. In accentuating the dangers of having nuclear power hanging from a thin branch, the poem is woven together with the strong pun on “plant”.Unfortunately, Danish Haiku has several poems that are not as successful as the haiku above. Many of their weaknesses come from forcing the syllable count of 5-7-5 into the poem. The following two haiku, by Flemming Madsen Poulsen and Ulla Conrad respectively, are indicative of this concern:

The forced syllable count of the Poulsen poem is especially problematic in the second line, “audibly pecking at trunk”. The last two words end the line in an incomplete and non-specific way. One would never refer to a tree trunk as simply a “trunk” when speaking. Furthermore, the lack of an article before “trunk” interrupts the poem’s flow. If a haiku requires an extra syllable or two to maintain the flow of the poem, it is better to add those syllables than to be strict in adhering to a formal count. Conrad’s haiku suffers the same problem in its third line but has a potentially different solution. Many haiku have a fragment written as an adjective and noun. This poem would be improved had Conrad written the final line simply as “busy bees”. Again, the flow and quality of the haiku was interrupted by following the 5-7-5 format where it did not work. These two poems highlight an issue that comes up several times in the traditional haiku of this anthology. Danish Haiku Today 2019 provides a showcase for the many ways haiku is currently being written by Danish poets. The anthology’s success, however, is mixed. While there are many strong haiku, there are many poems that are not as good, largely due to an overly strict adherence to the 5-7-5 form. Dave Read
May 2020
2020